A Buffet of Stitching

For example, there's the new free BOM from Sentimental Stitches - Poppy's Polka Dot Garden.
I've finished the first two blocks using a combination of freezer paper and back basting techniques.  Blocks 3 and 4 are still in the planning stages.  Block 4 (and the pattern calls for two of these blocks) is an 18 inch block, so I may wind up using machine appliqué to keep from getting too far behind. 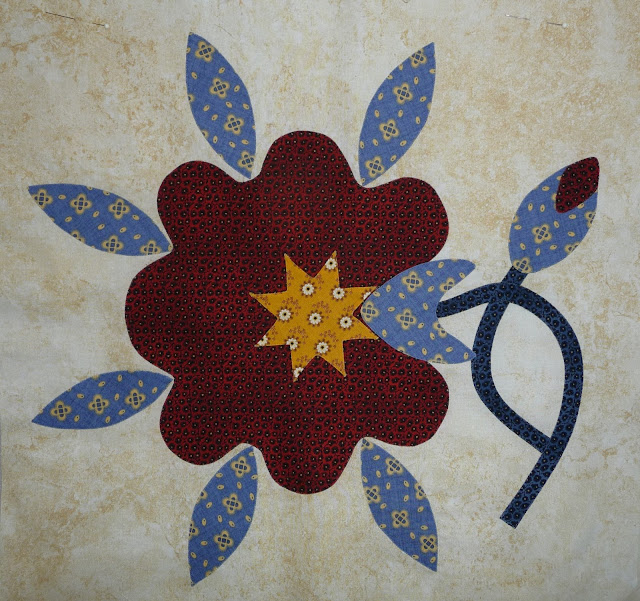 Ok, I did use the sewing machine for the Cassandra's Circle Block #10.  Freezer paper and starch for prepping the pieces and invisible machine appliqué made quick work of this block. 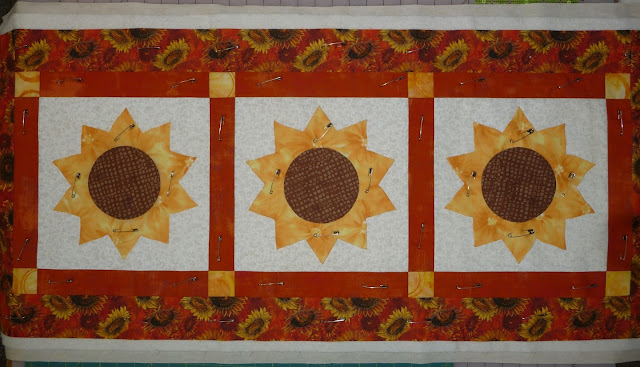 Last time I showed this project, there were only two appliquéd sunflower blocks and an idea.  I hand appliquéd another sunflower, then set the blocks together with some fabrics from the stash.  Now it is pinned and waiting for quilting (I'm waiting on some thread). 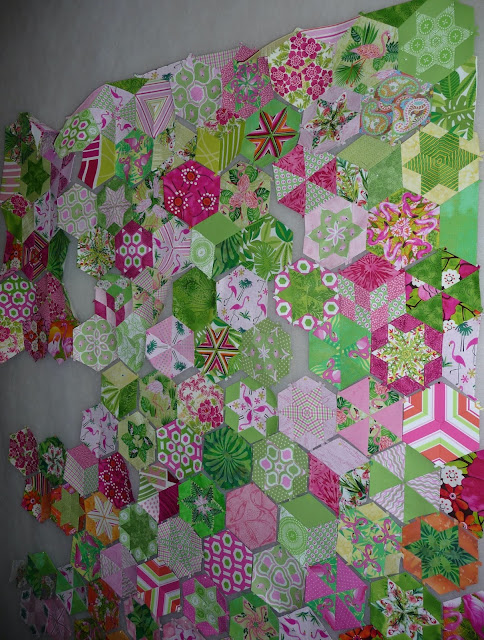 Last - but certainly not least - the hexie flamingos are being assembled into a quilt top.  I've been hand stitching the hexies into small groups in an attempt to avoid having to stitch long, awkward rows of blocks together.  I figure there will ultimately be some long rows or columns that need to be stitched, but I'm avoiding that for now.  I have to pay attention as I do the assembly - it's too easy to get mixed up and sew a hexie in the wrong position.  I'm keeping the blocks pinned on the design wall and only taking down two or three blocks at a time to avoid errors!
Posted by Angie at 10:17 AM