The Rainbow Scrap Challenge for October was to use up dark scraps like browns, blacks, and grays.  I found lots of great scraps to use for Tiny Tuesday blocks - and there were FIVE Tuesdays in October! 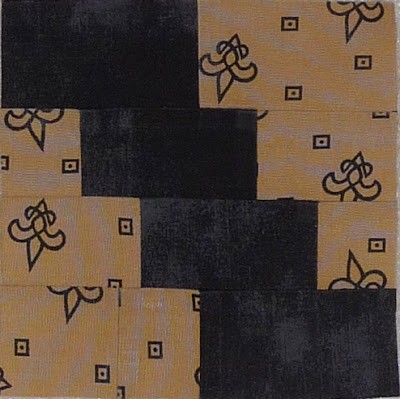 Tiny Tuesday block one:  Walking in the Dark
I had some scraps from the black and gold quilt I'm making for my son Andrew, so I put them to good use! 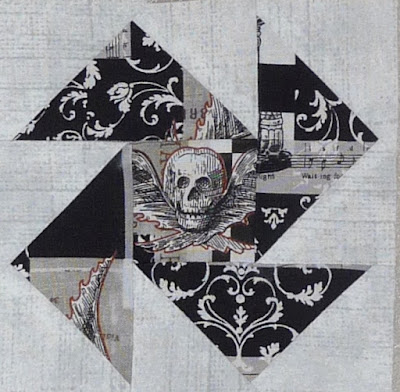 Week two:  Geese Circle
I used some scraps from a recent Halloween quilt for the second Tiny Tuesday block.  The center square is supposed to be light gray, but there was a perfect skull begging for fussy cutting, so that became the center instead. 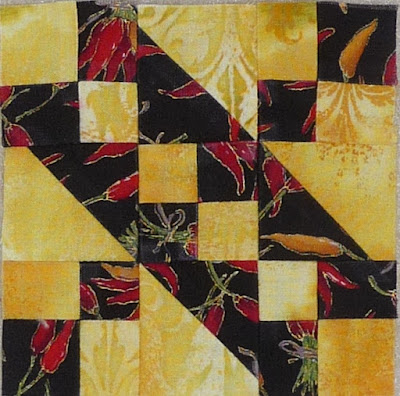 Week three:  Jacob's Ladder
This is the base pattern for my son's quilt, so just for fun I made a Tiny Tuesday version.  The pepper fabric has been in my stash for years, and I enjoy using the scraps as often as possible. 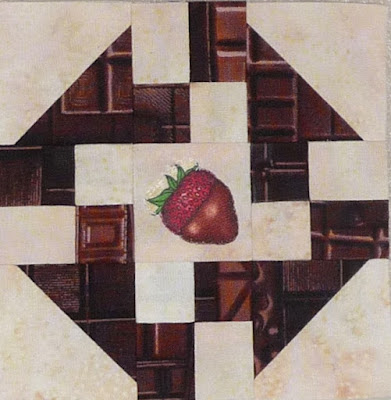 Week three:  I Love Chocolate!
I forget the name of this block, but I used some scraps of chocolate bar fabric.  The block was kind of boring with a blank center, so I cut out a chocolate-dipped strawberry and appliquéd it. 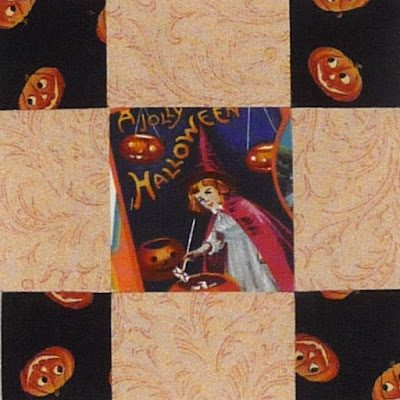 Week five:  Cornerstones
Happy Halloween!  These scraps were from a baby quilt I made for my niece, who was born in October.  That "baby" just turned 16 and got her driver's license!

My other Rainbow Scrap projects are on hold for the time being.  I need to focus on getting the black and gold quilt finished so I can give it to my son as soon as possible.  Once that is finished, there are RSC projects calling out to be completed!

Linking up with other scrap lovers at the Rainbow Scrap Challenge link-up.